Written by Aditya Mishra
Updated over a week ago

Connect MuxEmail with the apps you like and already use: introducing Integrately.

Integrately helps you connect 1000+ apps to your MuxEmail account easily without the need of programming. There are lots of use cases where it comes handy, e.g. you can connect MuxEmail with:

But there are lots of other exciting ways to use Integrately with MuxEmail.

How does Integrately work?

Integrately helps you set up multi-step workflow which have a trigger and an action step:

3. Profile is updated inside MuxEmail- Triggers when a contact's details are updated

1. Add or Update contact in MuxEmail - Adds a new subscriber or updates an existing one inside MuxEmail

How to create Integrately workflows with MuxEmail?

1. Login to your Integrately account here (or create a new one)

2. Once logged in you'll navigate to MY AUTOMATIONS and click on CREATE NEW AUTOMATION as shown in the image below - 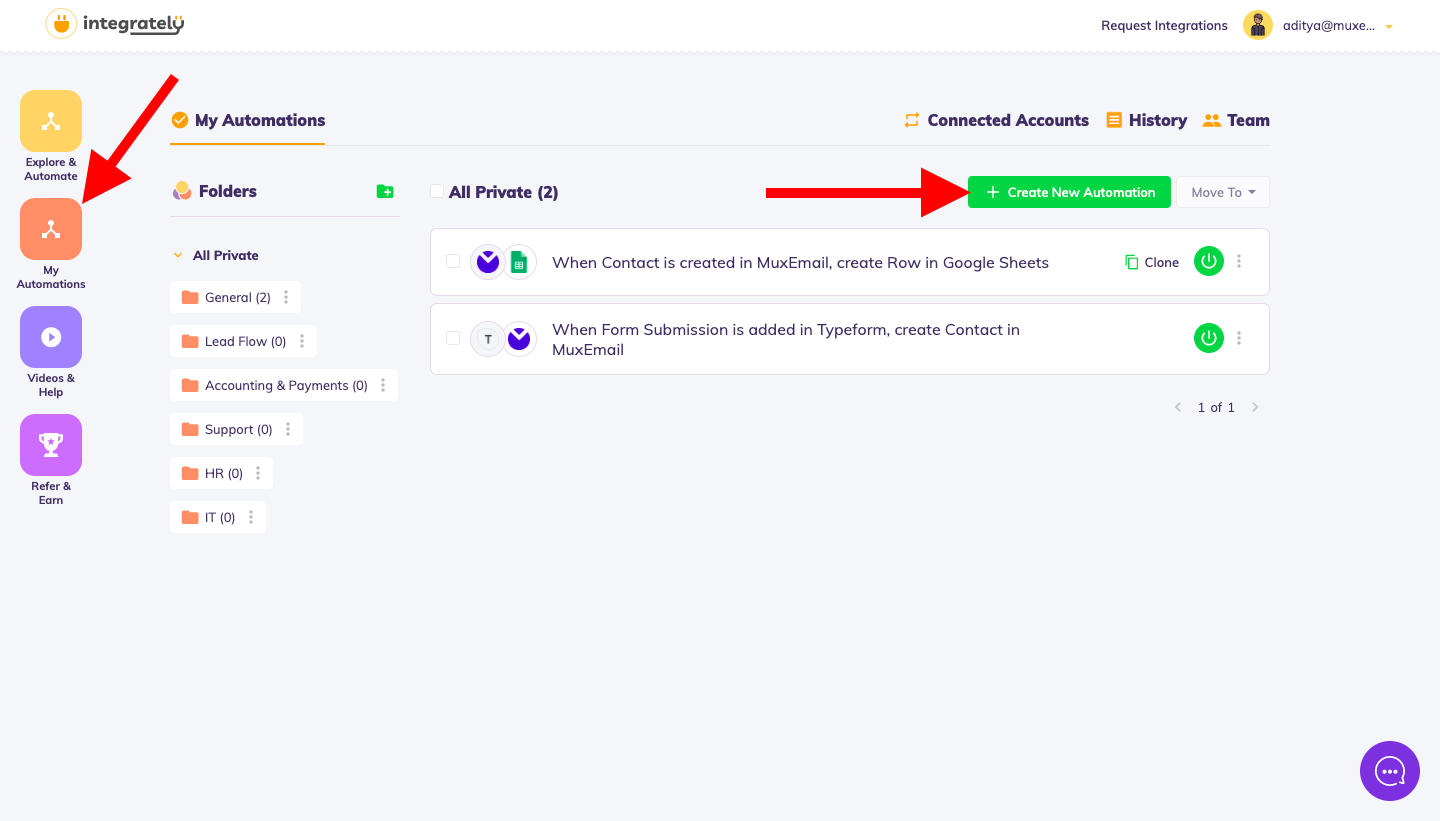 Note - You can create a workflow of more than 2 apps as well. In that case the app connected just one step above the last app will work as a trigger for the last app. 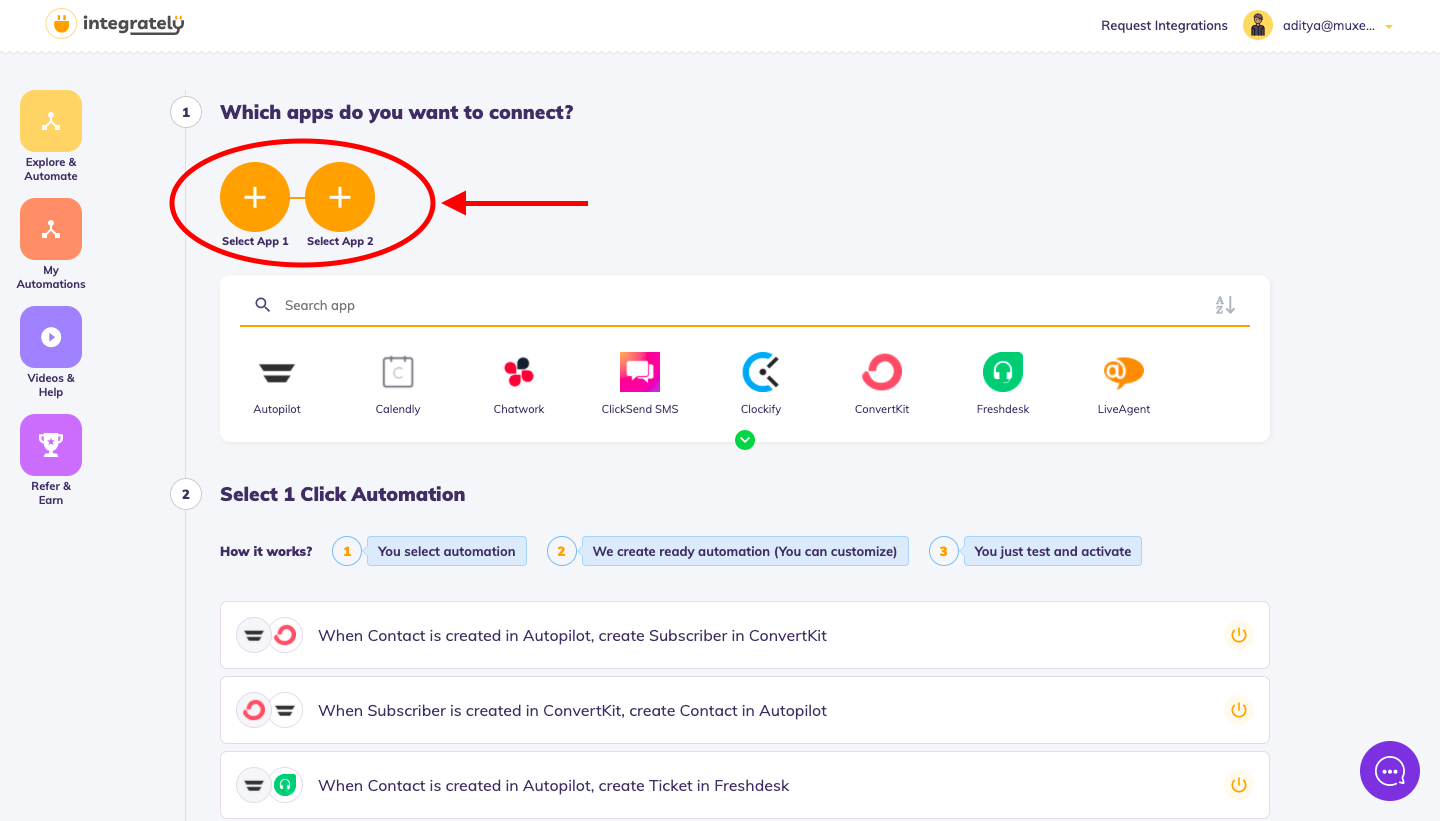 4. Once you've selected the apps you want to connect. Integrately will generate a list of workflows which is most commonly used by people - 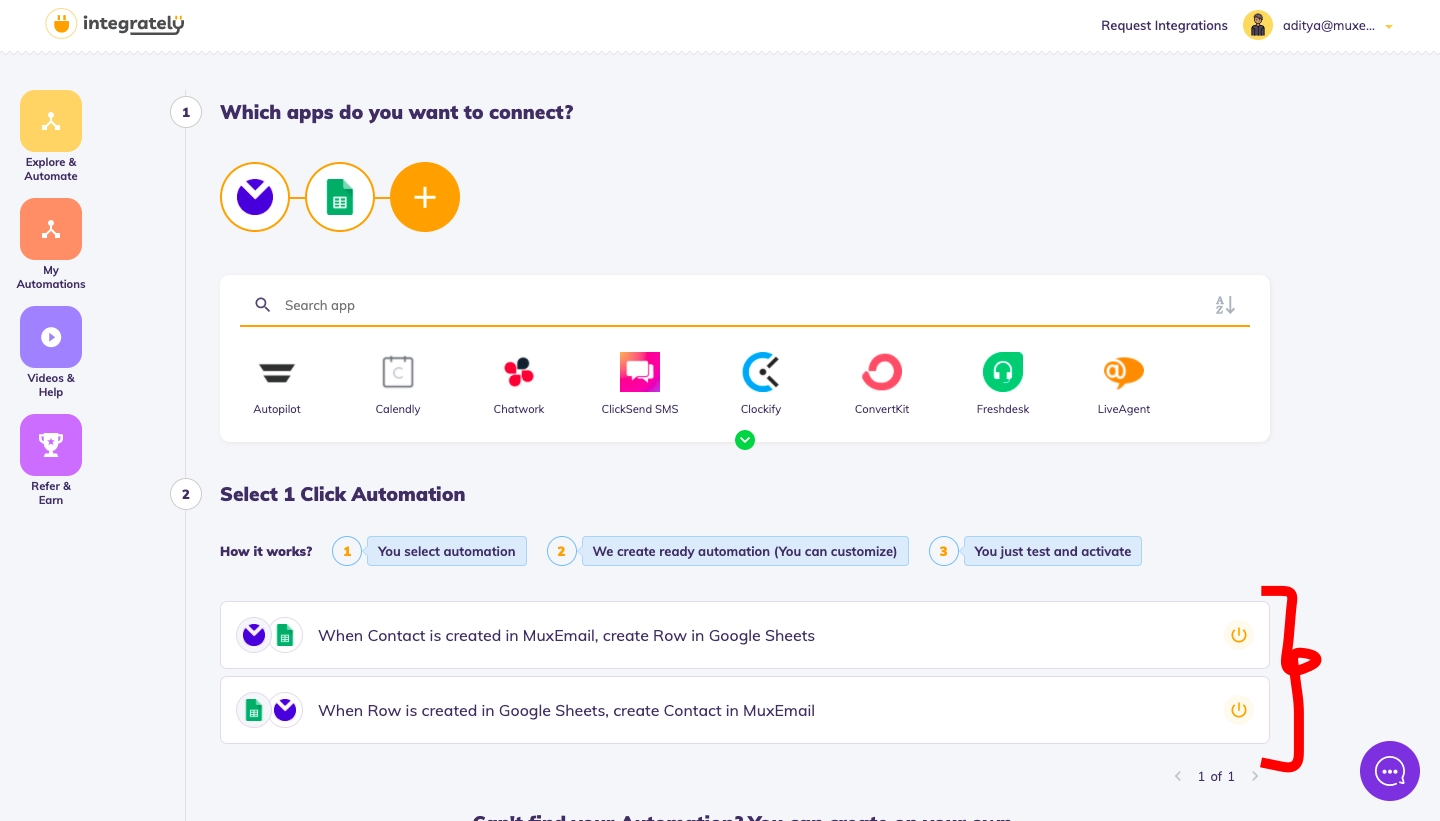 You can either make one of these workflows live, or scroll down and create a workflow from scratch - 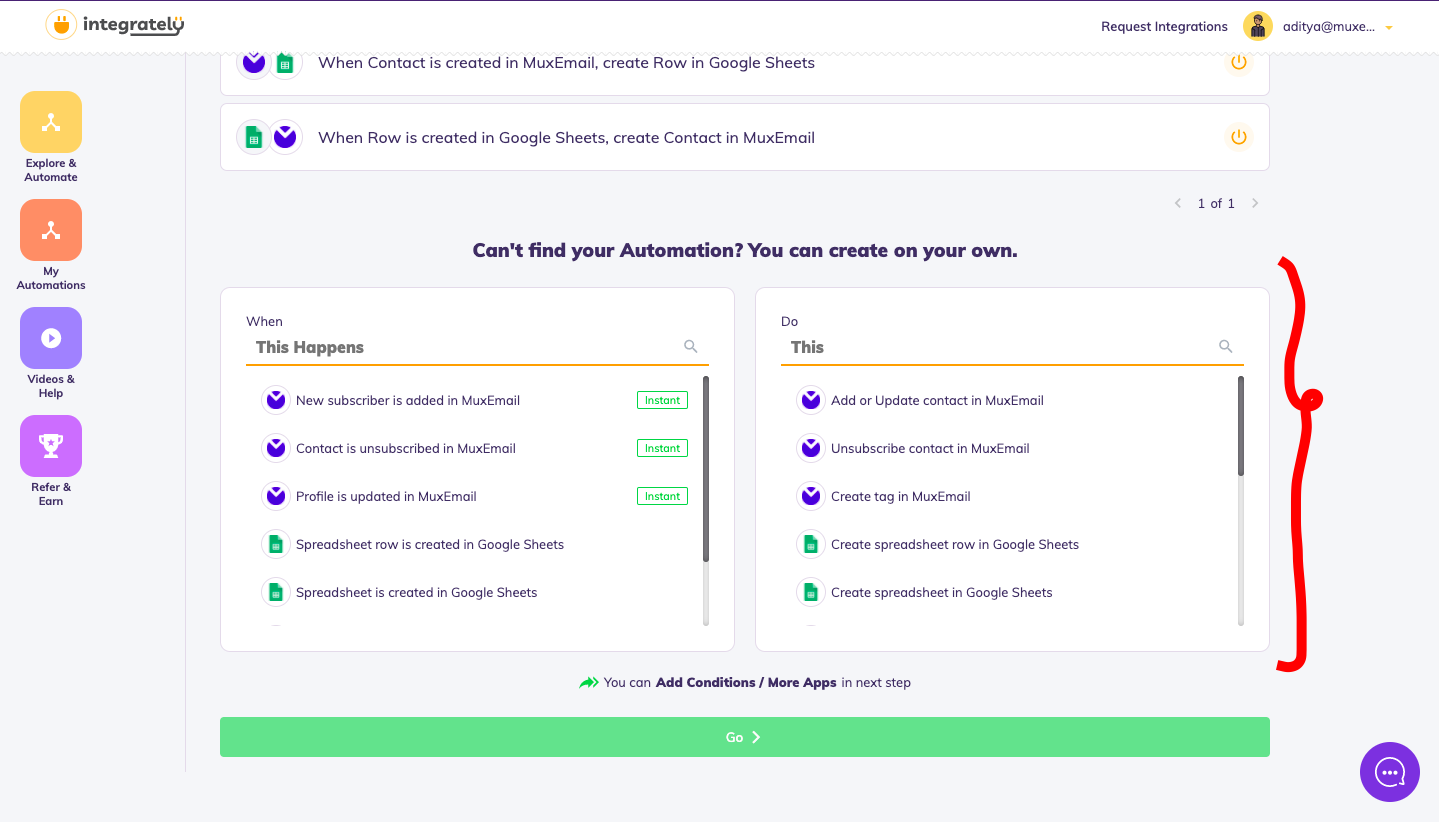 6. Now once you have decided on the workflow you want to build, its time to connect both of the apps you've selected to Integrately - 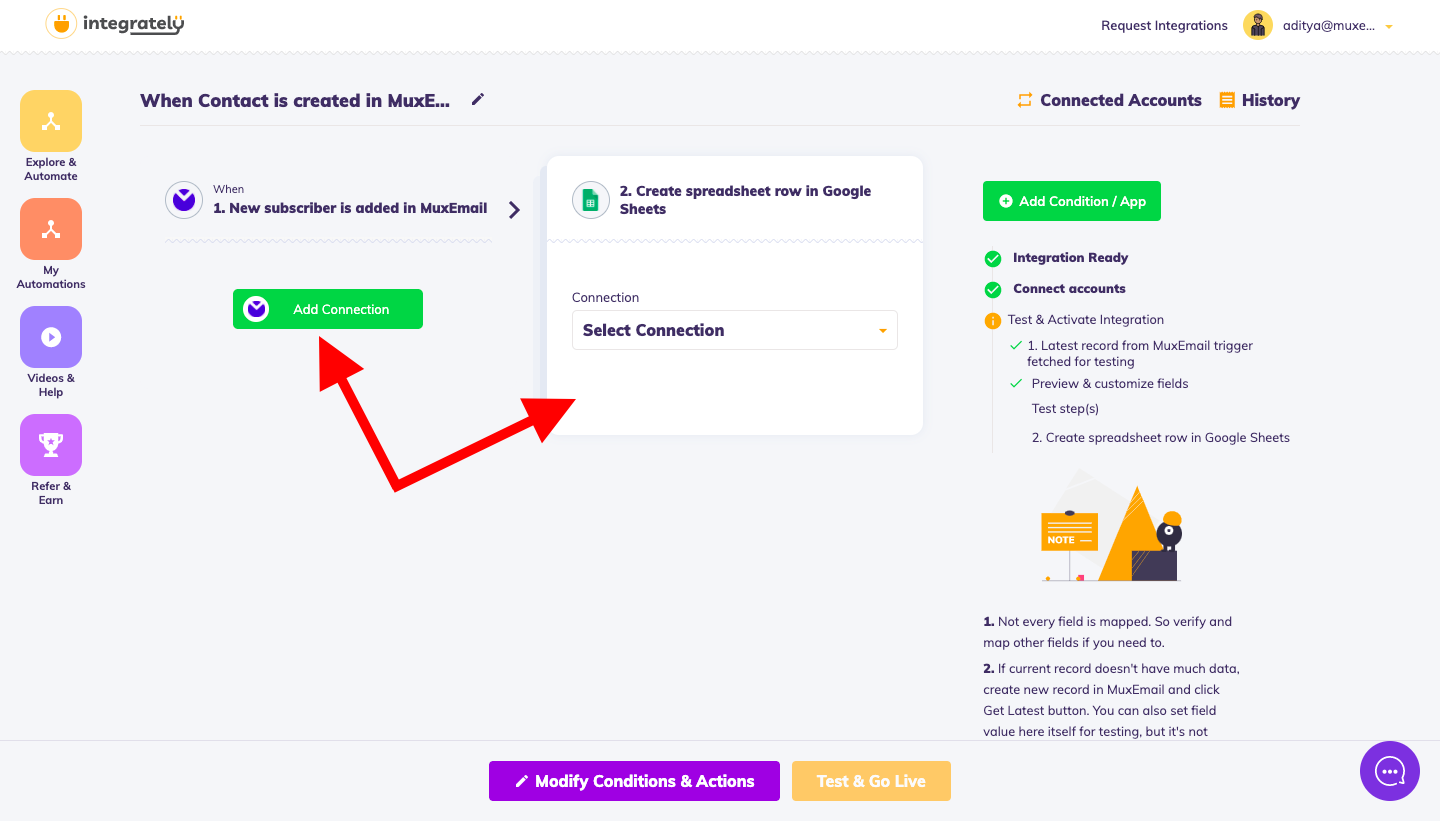 Once that's done, hit Test & Go Live and you'll see that the test data has been transferred from the trigger app to the action app. 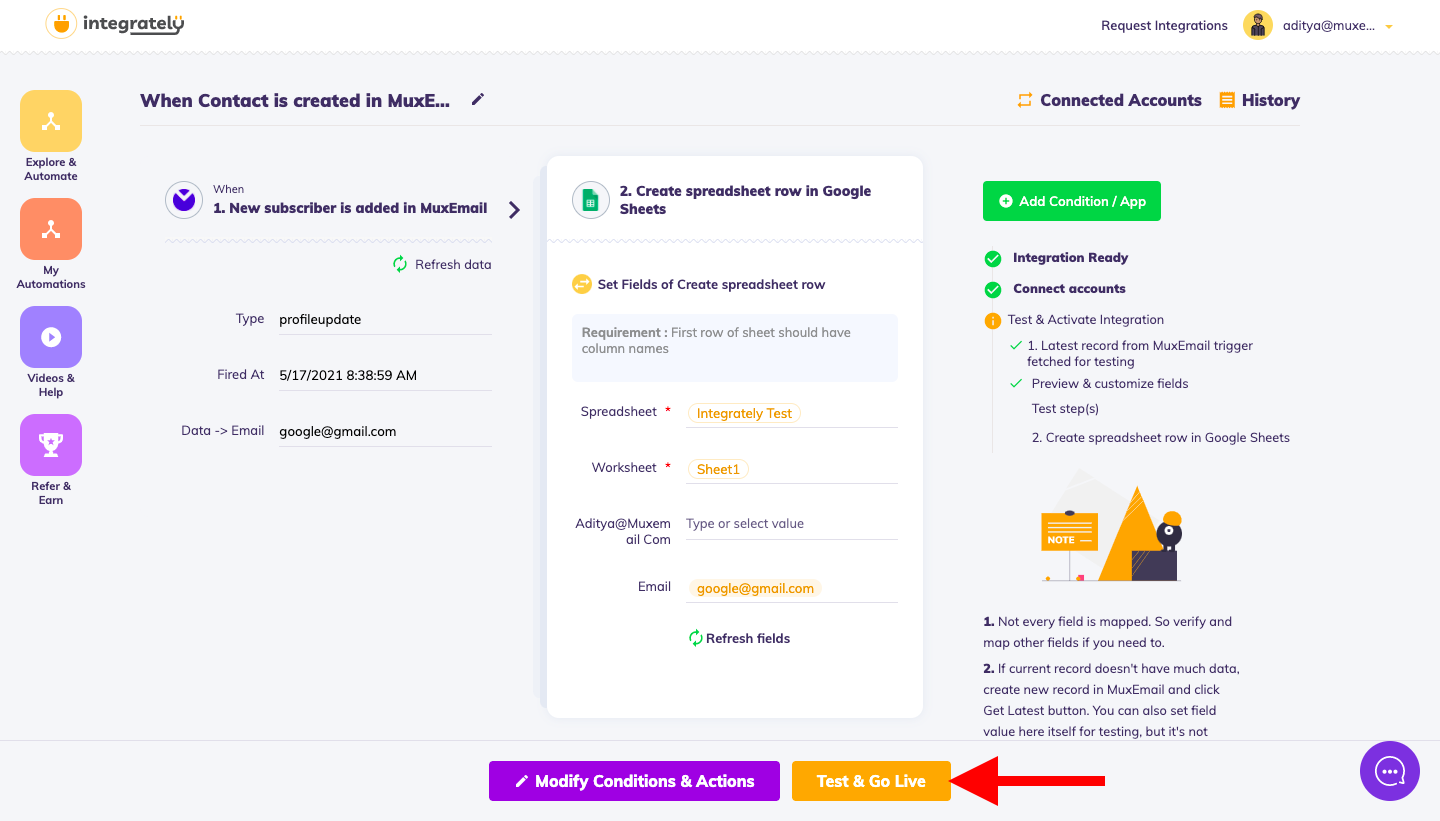 Note - Once you make your workflow live, the update time for records in the action app can be between 2-5 minutes depending on the Integrately plan you have selected.

Did this answer your question?